Now, we will take a long at the four different shapes of shell voicings, with the root starting on the 6th string. (Keep in mind these voicings are movable throughout the fretboard). 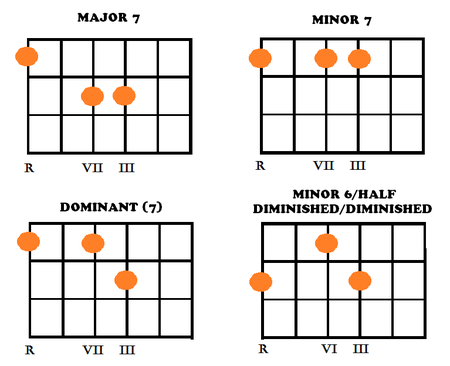 These voicings are very versatile and are great for comping with a singer. 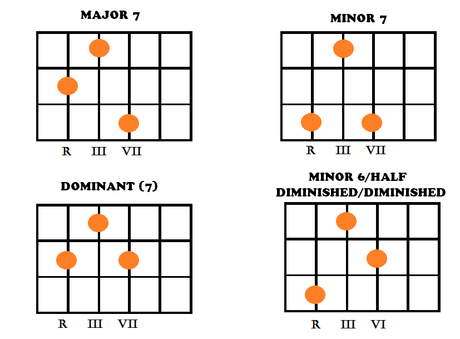 Let's take a look at a few standards: 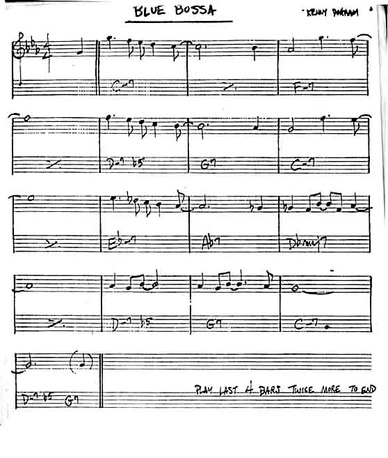 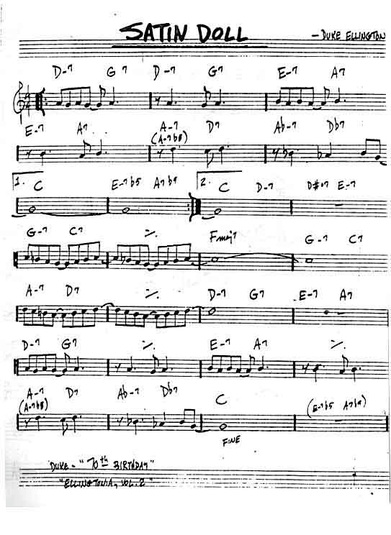 Now, let's go with a more advanced one... 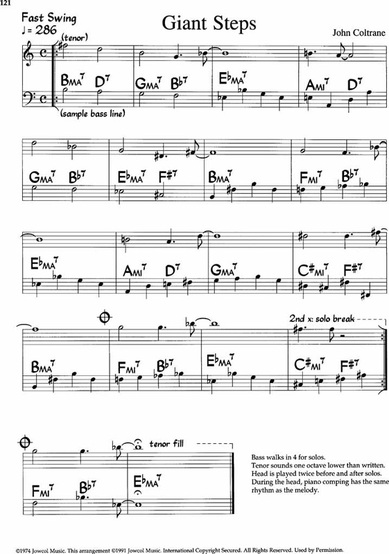